During a recent trip to the range, the Vortakt team ran across an interesting barrel performance phenomenon that took our engineering group down a bit of an R&D rabbit hole. There has been quite a bit of banter on forums and social media about carbon fouling build-up and the effect it has on barrel accuracy, but we felt a little formal research could help shine some light on the subject!

The Test Rifle and Barrel

Over the course of the past few months, we tallied up a pretty decent round count through one of our 6.5 PRC-chambered test rifles. A proven build, this test platform features the following build specs:

Prior to launching this experiment, we had previously tested a handful of different factory loads with this particular barrel. Of the 6.5 PRC factory loads evaluated, Hornady’s 147gr. ELD-Match and 143gr. ELD-X tended to deliver the most consistent results.

Of the first 70 rounds fired through this particular barrel, five-round group sizes generally measured in at 0.50 – 0.63 MOA at 100 yards off a bipod and rear bag, presenting minimal copper fouling, and consistent muzzle velocity.

Side note: the Hornady ELD-Match factory ammunition appeared to have considerably more consistency in muzzle velocity across multiple lots fired through this particular test platform.

While opinions regarding barrel break-in are varied, in this case, we elected to perform a basic cleaning every 5 rounds for the first 20 rounds of the barrel’s life, proceeding to clean the bore every 10 rounds thereafter. Minimal copper fouling was encountered during break-in, but we have generally found that it takes approximately 20 rounds for a barrel to start reaching its true accuracy potential. Velocity numbers usually continue to increase for some time after that initial 20-round benchmark.

Accuracy Testing at the Range

Although this barrel had a fairly limited (70) round count through it, our engineering team elected to remove the barrel for initial inspection, fully cleaning it prior to any formal testing.

During this initial cleaning session, the bore was brushed and patched with a non-corrosive carbon solvent. The crown was also thoroughly cleaned and we carefully scraped off the carbon fouling that had previously accumulated from the barrel break-in process and preliminary load testing with this particular muzzle brake. Once a spotless finish was achieved, we then spun the newly cleaned barrel onto the action and re-installed the muzzle brake.

Once again returning to the range, additional rounds were fired from that same prone position (off of a bipod and rear bag), engaging targets with a series of slow-fired five-round groups. Ten-minute breaks were taken between each group fired to ensure a consistent barrel temperature throughout the test session. Weather conditions were ideal for testing, with negligible wind and a temperature ranging from 70-75°. 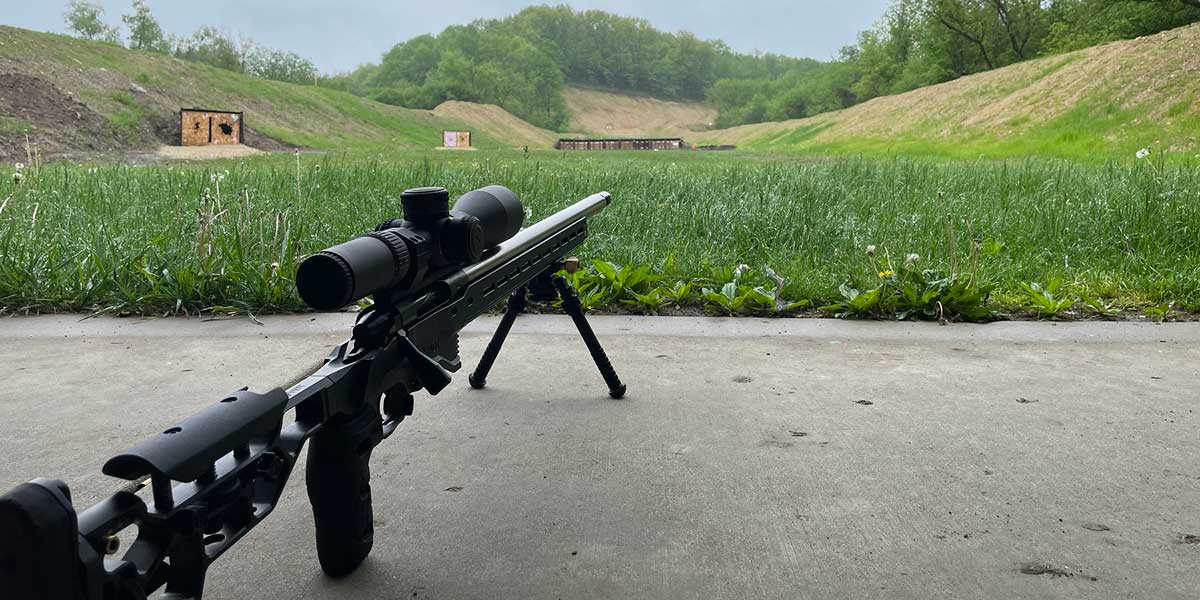 Group size at the beginning of this testing session started with very similar group sizes to earlier break-in testing (~0.50 MOA), but after this initial test session, the group sizes rapidly increased from .80” to 1.50” (groups #3 through #5 identified in the below chart).

This left us scratching our heads a bit, so we headed back to the office and consulted with a few in-house subject matter experts, Ken Wheeler and Garrett Fravert. Their leading theory was tied to the most common limiting factor encountered in sub-par group size (shooter error and fatigue), but we once again noticed a significant carbon buildup forming on the crown inside the muzzle brake.

We elected to test the initial shooter fatigue theory further, leaving the rifle as it was, and returned to the range to see if our group size shrunk back to its expected levels. The fatigue theory was promptly tossed out the window after firing group #6, inspiring us to re-inspect that crown. We were shocked to see that despite a fairly low round count, it was caked with carbon fouling once again!

Still at the range, we pulled out our mobile cleaning kit, removed the muzzle brake, and deep-cleaned the crown back to its previous condition. Then, leaving the brake off, we documented three more groups (#7, #8, and #9), and found that the barrel consistently maintained its expected level of accuracy. After wrapping up the range session we took another look at the crown, which was virtually spotless despite the fairly significant round count. Our test shooter’s shoulder was a bit worse for wear (he’s getting a bit soft from shooting heavy 6mm PRS builds with recoil-mitigating muzzle devices), but we did successfully manage to diagnose the variable that was causing those group sizes to open up.

It was our finding that uneven carbon buildup on the crown of a barrel may cause group sizes to increase, although the overall round count required to replicate this phenomenon may vary depending on a variety of factors. Variables like powder selection, suppressor usage, torque applied during muzzle device installation, and overall muzzle device design will each play a role in how much carbon will build up with each round fired.

Most of the Vortakt team either shoots competitively or actively hunts. There’s always a spirited debate around the office water cooler discussing the merits of rifle weight, noise and recoil mitigation, and barrel accuracy requirements. After evaluating these results, we aren’t going to recommend tossing out your muzzle brakes, but it’s a factor we’ll definitely be keeping a close eye on moving forward.

If you’re seeing a rapid bump in group size long before your barrel has burned out, take a peek at your muzzle brake. A simple carbon cleaning session might just do the trick! 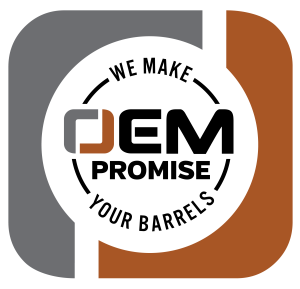 By effectively harnessing automation technology and adhering to engineering best practices, our team provides innovative partnership solutions based on your unique needs.